Bestiality right around the corner! **Warning some images may be disturbing**

The word of the Most High clearly shows that acts of bestiality are completely abominable and unrighteous. This wasn’t a law created based on fantasy or a “don’t even think about it” type of scenario, this law was based upon actions that the nations around us were engaging in!

Remember the Children of Israel spent 430 years in Egypt (Exodus 12:41), many of which our people learned the ways of the Egyptians.  The laws which were once embedded in our Spirits and natural ways of life for us (http://truenation.org/lessons/the-law-was-before-moses/) now had to be written on  tables of stone in order for us to be diligent in our obedience. Incidents like these weren’t ancient past times where morality was looser and opinions of sexual orientation weren’t as highly scrutinized, these things are going on now! Underground networks of abominable men and women are engaging in this lifestyle known as “zoophilia”.  2 years ago Yale which is one of America’s most prestigious colleges held a sex seminar in which students admitted to  bestiality, fantasies of incest, prostitution and other immoral abominations. http://www.dailymail.co.uk/news/article-2288888/Revealed-Yale-hosts-sex-workshop-students-admit-bestiality-incest-fantasies-prostitution.html.  Now information like this only gives more credence to the prophecy of America being Spiritually equal with ancient Sodom ( Revelation 11:8).  Yale encouraged this behavior and expressed the mission of employing “sensitivity” to those who engage in unlawful acts.

‘It tries to get people to be more sensitive … to sexual diversity. ‘We’re not all heterosexual, able-bodied folks who have standard missionary sex.’ – Event director Giuliana Berry

The article also is quoted as saying “What the goal is is to increase compassion for people who may engage in activities that are not what you would personally consider normal.” Another article recently in Japan reported that women are flocking to the zoo to see the “surprisingly handsome” Gorilla named Shabani. CNN reports how hundreds flock to see this Gorilla and how women are head over heals for this beast!! http://www.cnn.com/2015/06/26/asia/handsome-gorilla-shabani/index.html and you wonder why this earth has to be purged and judged? Wow. 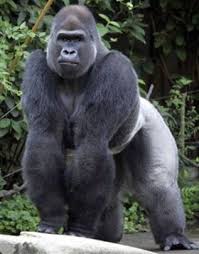 Lastly think about the subliminal messages being sent through movies like Ted 2. A movie in which the plot has two “friends” Ted and John, Ted being a teddy bear and John the human, and out of the two Ted is the one who settles down and gets married to a human! Mind you Ted is a weed smoking, beer drinking, “party animal” , and not only that he and his “Wife” want to adopt a child, however he has to prove to the courts that he’s not property but a living soul and basically human! I’m sure in typical fashion the zombies caught in the entertainment web of illusion won’t even see the stage being set and their minds being conditioned. The goal is  acceptance of unlawful and abominable acts, and by hook or crook Satan and his loyal minions will stop at nothing until everything is defiled. 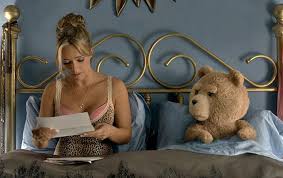